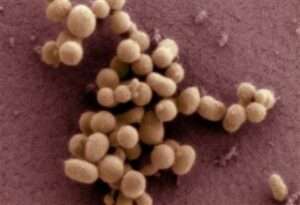 (Reuters) – Scientists working to make a synthetic life form reported a major step forward Thursday, saying they had created an artificial genome and used it to bring a hollowed-out bacterium back to life.

They hope to use their stripped-down version of a bacterium to learn how to engineer custom-made microbes.

But some groups worried the technology might be used to make biological weapons and President Barack Obama asked his bioethics advisers to report on the implications. The U.S. House Energy and Commerce Committee scheduled a hearing for next week to discuss the implications, good and bad.

Others disputed just how far the researchers had gone in making artificial life.

Other members of his research team said later they had taken only “baby steps” toward the goal of starting with a digital file and custom-making an organism.

Venter has said he would like to try to make bacteria to produce fuel or to use in making better vaccines or to design algae that can vacuum up carbon dioxide from the atmosphere.

“This becomes a very powerful tool for trying to design what we want biology to do,” Venter said at a news conference.

Reporting in the journal Science, Venter’s team said it worked with a synthetic version of the DNA from a small bacterium called Mycoplasma mycoides transplanted into another germ called Mycoplasma capricolum, which had most of its insides removed.

After many false starts, the new microbe came to life and began replicating in the lab dish.

At first, nothing happened. It turned out there was a single error in the more than 1 million “base-pairs” in the genetic sequence. “Our success was thwarted for many weeks,” they wrote in their report.

Venter said the team consulted many experts in ethics before it started. The institute’s Dan Gibson said they also briefed the White House because of the security implications — the technique might be used to synthesize biological weapons, for instance.

Obama asked the Presidential Commission for the Study of Bioethical Issues to look at the issue.

“In its study, the Commission should consider the potential medical, environmental, security, and other benefits of this field of research, as well as any potential health, security or other risks,” Obama wrote.

“Further, the Commission should develop recommendations about any actions the federal government should take to ensure that America reaps the benefits of this developing field of science while identifying appropriate ethical boundaries and minimizing identified risks.”

“We must ensure that strong regulations are in place to protect the environment and human health from this potentially dangerous new technology,” said Eric Hoffman of Friends of the Earth.

The researchers do not claim to have created a completely synthetic life form but the experiment elicited some dramatic responses.

“Venter’s achievement would seem to extinguish the argument that life requires a special force or power to exist. In my view, this makes it one of the most important scientific achievements in the history of mankind,” bioethicist Arthur Caplan of the University of Pennsylvania wrote in a commentary in the journal Nature.

“Their achievement undermines a fundamental belief about the nature of life that is likely to prove as momentous to our view of ourselves and our place in the Universe as the discoveries of Galileo, Copernicus, Darwin and Einstein.”

Jim Collins, a professor of biomedical engineering at Boston University, disputed that.

“Frankly, scientists do not know enough about biology to create life,” Collins wrote in Nature.

“The work reported by Venter and his colleagues is an important advance in our ability to re-engineer organisms; it does not represent the making of new life from scratch.”