PORTLAND, Ore. —MEMS-based microbots weighing only a few nanograms and measuring only a few hundred microns long will battle it out this week in the Mobile Microrobotics Challenge (MMC) at the IEEE International Conference on Robotics and Automation in Anchorage, Alaska.

The MMC, a product of collaboration between the National Institute of Standards and Technology (NIST) and the IEEE Robotics and Automation Society to create the Mobile Microrobotics Challenge, features seven teams competing with micron-scale robots on three tasks. In the two-millimeter dash, the robots will sprint down a track the size of a pinhead. In the second task, the robots will attempt to insert correct pegs into the correct holes. The final freeform task will be up to the teams, but is supposed to demonstrate system reliability, a high level of autonomy, ultra low power consumption and high task complexity. 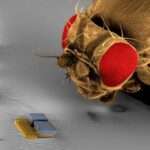 Because there are no power sources or electronics small enough to fit on such tiny microbots, they are operated by remote control using either electrical, magnetic, or in some cases, both types of fields.