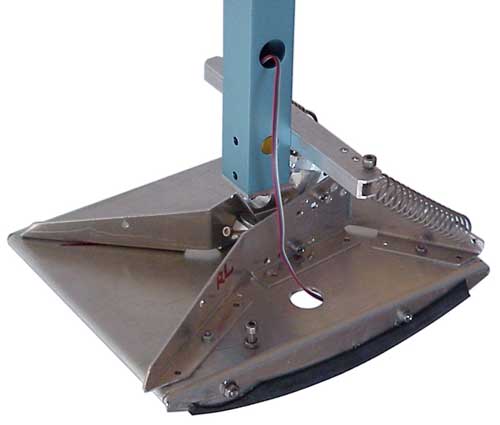 Denise (fall 2004)Denise is the last in our series of pneumatically powered walking robots. The robot has a human configuration (two legs with knees, an upper body, and two counterswinging arms). The goal of this robot is to prove that the concept of passive dynamic walking can be used to build highly efficient and natural-looking two-legged robots.

Denise stands 1.5 m tall, weighs 8 kg, and walks with a velocity of 0.4 m/s. There are five internal degrees of freedom; two ankles, two knees, and one hip. The hip joint consists of a bisecting mechanism which links the two legs to each other; if one leg is moved forward, the other moves the same amount backward. The ankles and knees are completely passive, except that the knee is provided with a controllable latch. At the start of each step, the knee latch of the swing leg is briefly released. The knee then bends and extends as a passive double pendulum. The robot has only two simple sensors; underneath each foot a contact switch signals when the foot lands. When the right foot lands, the left knee is released, and the hip muscles start pulling the left leg forward. Then when the left foot lands, the process is repeated for the opposing leg. 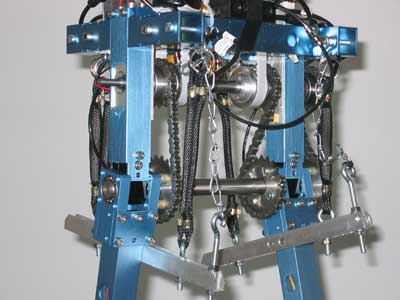